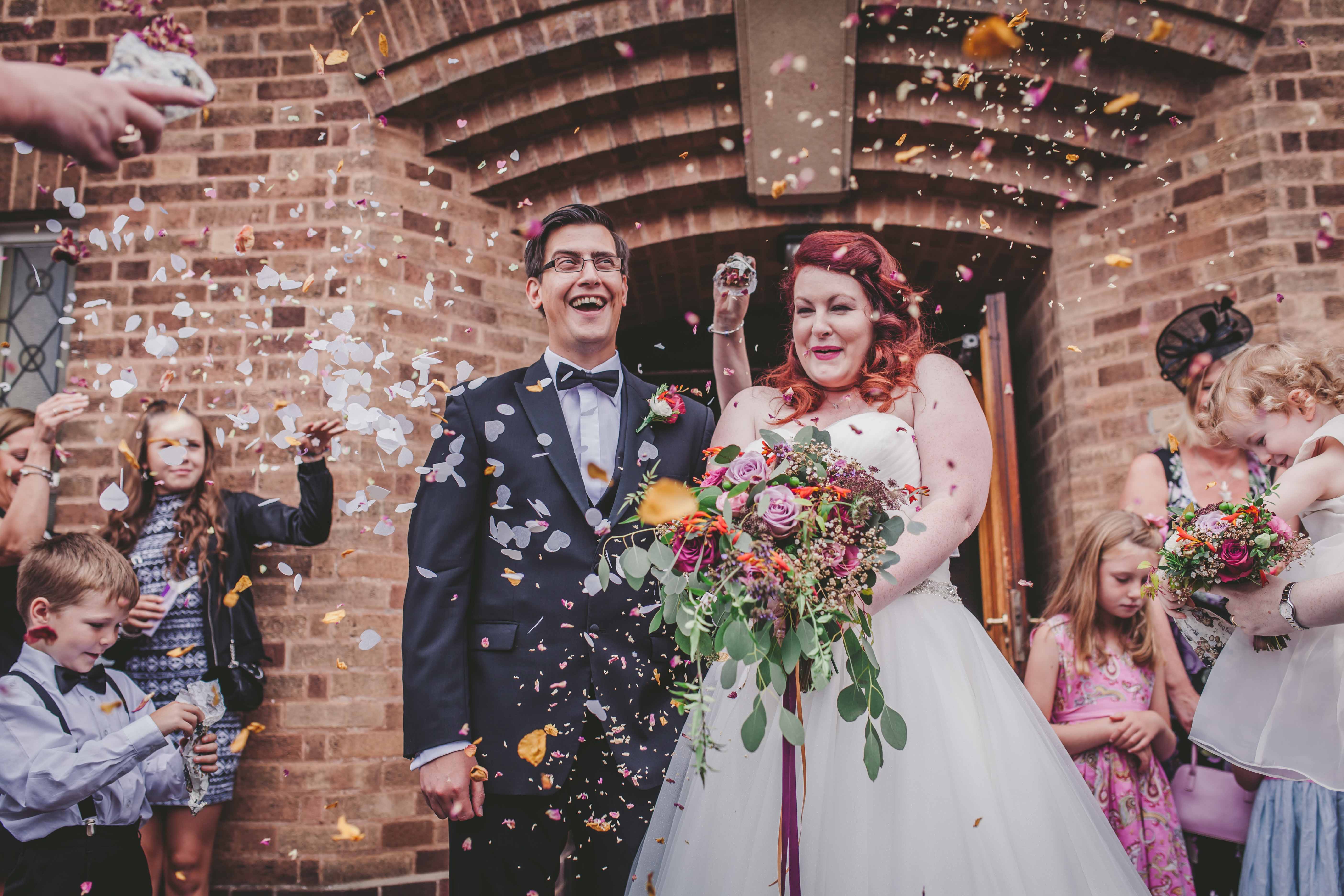 Noreen and Kieran were such a lovely couple to work with last year. Not only did we have a jolly old time in Bradgate Park on their engagement shoot, their vibrant Leicester wedding was one of my favourites and has also made it to the final of East Midlands Wedding Magazine ‘Wedding of the Year’ competition. From the moment I met them I knew their wedding would be colourful. I love being a Leicester wedding photographer for the abundance of different people from all backgrounds that you meet at weddings and this one was no exception. Noreen has a huge Irish family who had travelled from all over to be there and were expecting no less than the party of the year!

It was all go right from the off and with a house full of people (brothers and bridesmaids included) the champagne flowed and the laughter never stopped. Amy chose a quiet bedroom on the top floor of the house to get the makeup done and it was a peaceful little haven in comparison to the comings and goings downstairs. Personally I love a big family and an even bigger bridal party and I have FULL respect for a mother of the bride who makes every. single. one. of. the. bridesmaids. dresses. I mean look at them! We were in sequin heaven.

Kieran was waiting somewhat calmly at the St Thomas More Catholic church in the Knighton area of Leicester where guests in electric colours were starting to gather. I like to stay as hidden as possible throughout so as not to distract but the priest was beyond helpful and an absolute pleasure to work with. One of my favourite parts of the day was watching Kieran’s face as Noreen made her way up the long aisle to greet him!

The reception was held at Leicestershire’s Halstead House, which sadly is no longer taking wedding bookings due to local authority trouble and no leeway on planning permission. It’s a real shame as we don’t have another venue like it so it meant a lot to be able to photograph a few weddings here before the doors close.

To accompany the cacophony of vivid flowers they had chosen for the day, touches of gold ran tastefully throughout their decor and the dance floor was jumping before the second song had even started. It’s an absolute pleasure being a Leicester Wedding Photographer when I get opportunities such as these and it’s entirely obvious to me that I have the best job in the world. Big congratulations to Noreen & Kieran and thanks for having me along…